Do You Miss the Renaissance Faire? 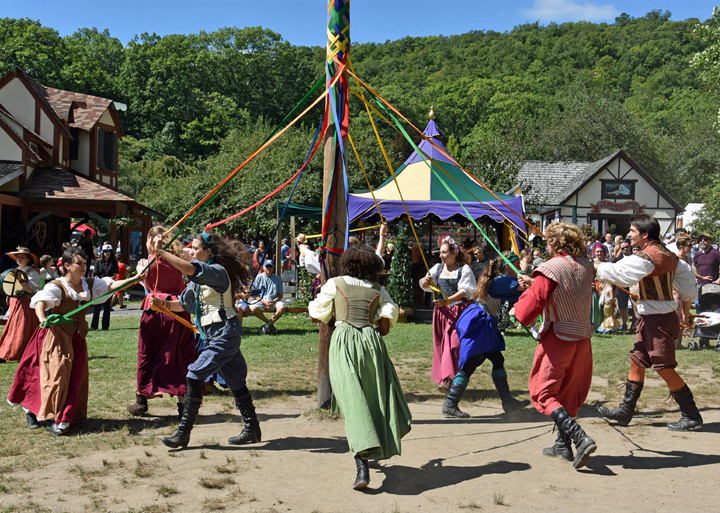 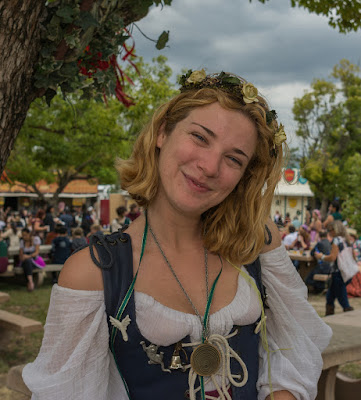 Faire is one of the most wonderful times I ever had. Dancing 'round the Maypole!  Learning Basic Faire Accent! Wearing period clothing! Not to mention the nights after the guests had left and we partied on till dawn.  :)

With faire cancelled in 2020, people are revelling in their pictures and sharing memories. Facebook groups are popping up left and right, named for the faire nearby where friends long to be together and can't.

If you search for your usual faire by name, you are bound to find your group. And if you don't, then start one! It's easy.

There is also the TV series to watch or rewatch, American Princess. It's on Lifetime TV and it's good. I was a washerwoman at faire, and I thought they did us proud. I loved the ending of the series, too. I don't want to give too much away, but the song they played was perfect, as the queen waved at everyone from the stage!

There are also hundreds of faire videos you can watch on YouTube, footage of your actual faire. It too is searchable. I found stuff like celebrity visits to my faire. 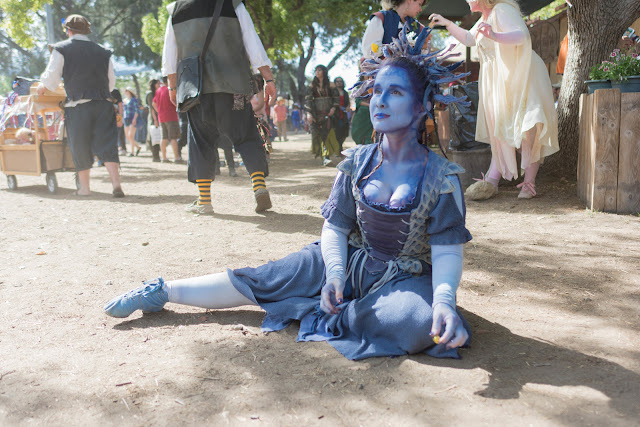 History searches online are another way to recapture the feeling of faire. I wondered about people painting themselves blue, for example, and found a wealth of info about the ancient Picts of Scotland, defending themselves from the Romans.

The Picts were so fascinating, I wrote them into the third book of the series I had started at the faire. The Picts' priests were the Druids. Picts painted themselves blue with woad, a dye made from a plant with yellow flowers.

I made the woad dye magical in my version, just for fun. :) It acts like armor, which is how my Pictish warriors are able to defeat the Romans and keep them out of Scotland. 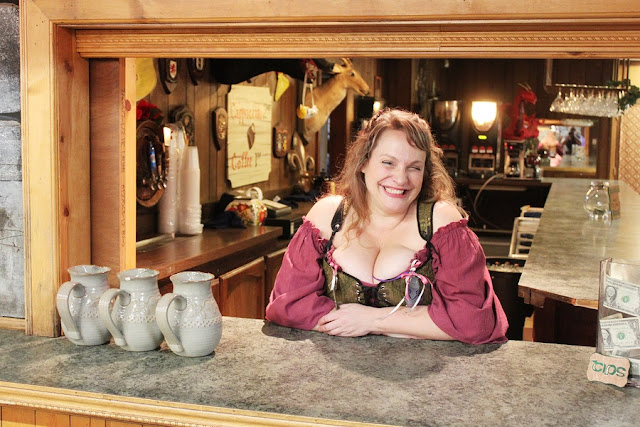 Huzzah for the tipper!

Another thing I miss about faire is the food and drink. Turkey legs, of course, but also The Queen's Buns, Toad in a Hole, a full service banquet hall my faire has called The Boar's Head.

And OK, yeah, the food fights!

Did I mention I was a washerwoman? Well (pun intended), we spent more time making our clothes dirty with food fights and mud fights than we ever did actually washing clothes. :) 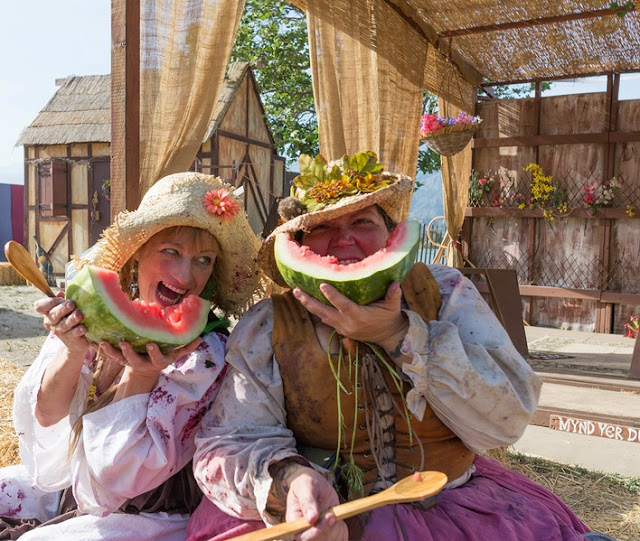 We didn't waste the food we'd bought with our precious food tickets on fights. No, instead, we brought along with us foods that would make the biggest mess. Watermelon looks like it would do nicely, but I wonder if it's period.  We used raspberry jam.

Oh, and the hobby horse had to come kiss one of us to start its parade. We would all rub mud on our faces so as to be as unattractive and gooey messy as possible, lol!

I was scared of the hobby hoss. I think we all were. He would do this long speech about how come next year, whoever he kissed would be "full round and pregnant!"

It was more fun when the Puritains would come play with us. They berated us for having fun during what was supposed to be work. One time, we sang a Latin hymn for them, and they berated us for singing in Latin and not English! 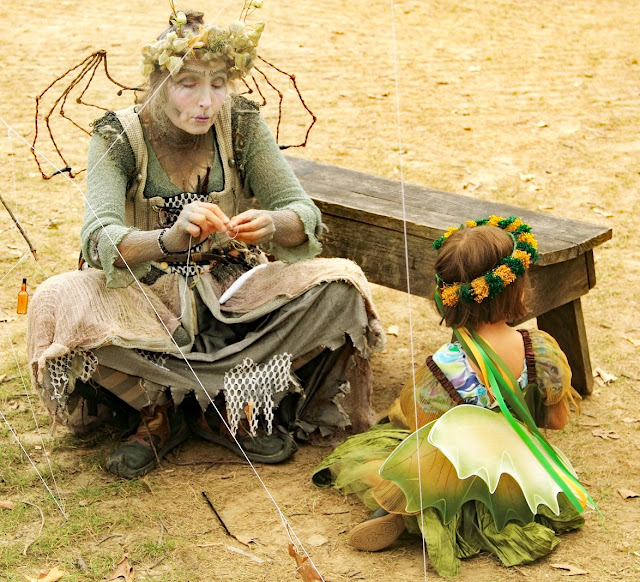 One time, I borrowed a Puritain hat and went to play with them.

"Ooh, look who's learned now," their leader exclaimed. "Which University did you study at?"

I put my chin up high and my hands on my hips. "The Univsity of the Washing Well!" I told him proudly.

He scoffed. "Never heard of it. Where is that?"

I raised my chin even higher. "It's in every village and hamlet the world over. See if you can say that about your precious University."

I had friends who were in Midsummer Night's Dream as fairies, and they had more fun than any of us that year, climbing up into trees and laughing and ringing little bells so that the guests looked up and laughed with them. 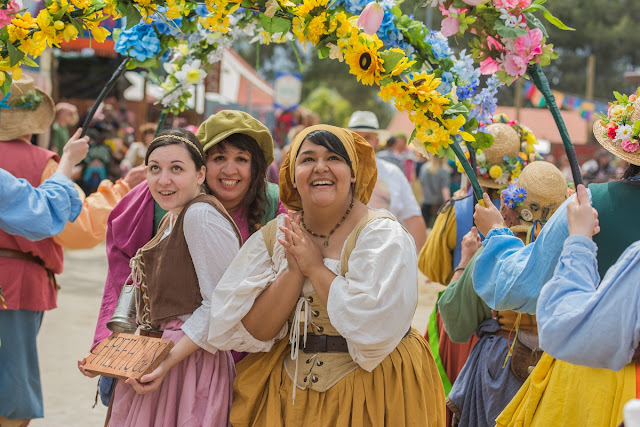 Even before that, though, we would play games with the guests. One game was fairy ring. We would all join hands and circle around a couple who were obviously on a date, then chant:

You've been caught in a fairy ring!
A fairy ring is a magical thing!
You must kiss the one you're with
And kiss her well
To be released from our spell!

There was also the kissing bridge, where strangers would require a kiss as a toll to cross! That was at Paramount Ranch in Agoura, California. 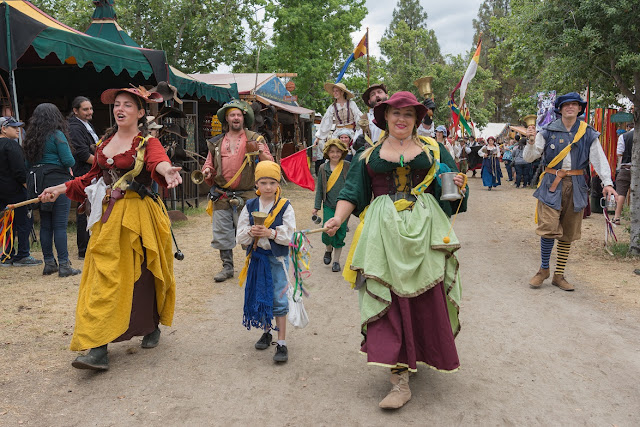 Other games were silly: asking guests to beg for our pardons and tossing Rudolf the stuffed 'plague rat' around, singing:

Plague, plague, how it does wander
From one clan into another
Is it fair? Is it fair?
To throw poor Rudolf in the air.
Decompose. Decompose.

And the parades! Opening was fun:

Awake, awake the day doth break
Good craftsmen open your stalls
Alight, alight, shake off the night
The faire is open to all!

There were a bunch of different songs for closing the faire. My favorite was: 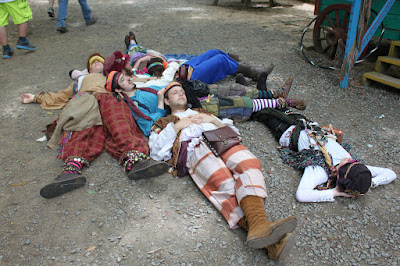 Oh, and in the middle of the day, no nap is complete without a good peasant pile. :)

Read the first 10% free by clicking preview. :) In Kindle Unlimited!